Lost your password? Please enter your email address. You will receive a link and will create a new password via email.

You can start posting after verification is complete, please check back in few hours... , Login or Sign-up to Proceed. Membership is FREE!.

Sorry, you do not have permission to add a Blog Post.

Close
Share Listing/Post
Home/ Uncategorized/Dubai Inheritance Law and its Amendment
Contents show
UAE inheritance law
Difference between UAE Inheritance Law and other jurisdictions
How UAE Inheritance law applies to Muslims and Non-Muslims?
Who holds the right to claim the deceased’s estate?
How will the estate be divided among the heirs of a deceased Muslim?
How will the estate be divided among the heirs of a deceased non-Muslim foreign national?
Do heirs of a deceased foreign national has the right to choose the law under which the estate shall be divided?
What will be status of shares owned by either the UAE national or a foreign expatriate in mainland or a free zone company upon their death?
Do Shariah Law recognize wills for Muslims?
Can a foreign non-Muslim expatriate draft and legalize his will in the country? What law is applicable to the wills drafted by non-Muslim foreign national?
What is the law pertaining to the joint account on the demise of one co-signatory? Can the surviving co-signatory dispose of all the proceeds from such account?
What will happen to the jointly-owned property of husband and wife, upon the demise of the either?
How can foreign nationals protect their family and assets?

How have the inheritance laws changed in Dubai

How do the changes affect the Real Estate Sector

The amendments do not apply to Properties Purchased in the UAE. Properties bought in the UAE will still be managed according to UAE laws if a will is not submitted. Therefore you have to familiarise your self with General UAE Inheritance and Sharia laws to be prepared to answer these questions when a buyer asks.

Difference between UAE Inheritance Law and other jurisdictions

Sharia is not a codified law and is capable of adaption, development and further interpretation. Matters of inheritance coming before the Dubai courts are heard by one or more judges and juries are not used.

Unlike other jurisdictions, the UAE does not practise ‘right of survivorship’ wherein the jointly-owned property will be given to the surviving owner, and the UAE courts have exclusive authority to decide upon such matters.

How UAE Inheritance law applies to Muslims and Non-Muslims?

Non-Muslims’ beneficiaries can claim the estate in case of if there is a legally certified will. If there is no will, then Civil Law and the Personal Law will allow the courts to distribute the assets of the deceased according to the principles of Shariah.

In case of a deceased Muslims, the heirs and descendants have the right to claim the estate of the deceased according to the Shariah and the estate will only be transferred to those who qualify as an heir under principles of Shariah.

Who holds the right to claim the deceased’s estate?

The primary step for courts in the event of the death is to determine the heirs and reconfirm it through two male witnesses along with documentary proof such as marriage or birth certificates.

According to the principles of Shariah, spouse, parents, children, grandchildren, siblings, grandparents (paternal), uncles/aunts, nephews/nieces are considered as heirs to the estate. It further imposes several conditions on who can become an heir mentioned as below:

How will the estate be divided among the heirs of a deceased Muslim?

If a Muslim dies, the transferable rights will include all the rights pertaining to the property, usufruct and any other dependent rights like outstanding debts. It shall also cover the obligations of the deceased which can be paid off from his estate. Further, whatever is residue, post-payment of funeral obligations, shall be divided among the heirs. Following are the ways under which the property will be distributed:

How will the estate be divided among the heirs of a deceased non-Muslim foreign national?

Do heirs of a deceased foreign national has the right to choose the law under which the estate shall be divided?

As mentioned before, the foreign nationals are empowered to choose the law of the deceased during the time of his death, reference Article 17 (1) of Civil Law and Article 1(2) of the Personal Law.

The heirs must at the first appearance in the court, should request the court for application of home country law of the deceased. Further to this, Article 276 of the Personal Law, the heirs seeking inheritance shall submit the following documents:

Whereas, if the heirs have a judgment from a court of competent jurisdiction, they shall submit the same (duly attested, notarized and translated in Arabic) for execution.

Although the Personal Law allows the request for application of home country law, the Law does not expressly set aside the civil code, which leads to a level of uncertainty as to whether a non-Muslim will be considered under Shariah Law or under home country law.

What will be status of shares owned by either the UAE national or a foreign expatriate in mainland or a free zone company upon their death?

Whereas, in case of a sole proprietorship, joint ventures, or free zone companies, the transfer or succession will be according to the local laws for probate which might not be according to the will of the deceased or his heirs. Since UAE does not recognize the right of survivorship; the shares will not be passed automatically to the rest of the shareholders or the family members.

It is essential for companies to have either shareholder’s agreement or wills in place to decide the transfer of their shares in the company according to their wish, which is in harmony with the existing shareholders as well.

The Law of Shariah does recognize wills drafted by Muslim only up to a certain extent. It is similar to that of a non-Muslim will with following prerequisites:

The only restriction which applies to will drafted by Muslim is that it can only be upon 1/3rd share of the deceased’s estate and the estate shall not be gifted to any of the heirs. However, if the value of the estate is more than 1/3rd of the estate, the courts must approve it upon seeking written consent from the heirs.

Can a foreign non-Muslim expatriate draft and legalize his will in the country? What law is applicable to the wills drafted by non-Muslim foreign national?

A will drafted by a non-Muslim is recognized by the local courts upon the death of the testator, only if the will is duly notarized by the Public Notary in UAE. The will shall be translated in Arabic and must provide all the details pertaining to the assets of the testator along with bank account details. The will must be registered before the Judicial Department of the relevant Emirate.

Importantly, Dubai International Financial Centre (DIFC) has established a “DIFC wills and probate registry” which will provide a platform for non-Muslims owning assets in Dubai to dispose of according to their wish. Further, the testator can opt for his home country law, while determining the division of assets, upon his death.

What is the law pertaining to the joint account on the demise of one co-signatory? Can the surviving co-signatory dispose of all the proceeds from such account?

According to Article 379 of the Federal Law, Number 18 of 1993 concerning the Commercial Transactions Law (the Commercial Law), a joint account is an account owned equally by co-signatories unless they specify a different proportion.

It is a common misconception among the residents that upon the death of one co-signatory the sole account holder can dispose of the proceeds from the bank account.

However, as mentioned under Article 379 (4) of the Commercial Law, upon the death of co-signatory, the bank must be notified within 10 days from the date of his death. Upon such notification, the bank will freeze the account until the successors are appointed.

What will happen to the jointly-owned property of husband and wife, upon the demise of the either?

The Personal Law and the Civil Law is vague and ambiguous with regards to the property owned by the foreign national. Thus, it is always prudent to have a registered will within the country.

UAE does not have a concept of “right of survivorship” wherein, the surviving owner becomes the complete owner of the property, thus, in case of a jointly-owned property by foreign national along with his wife, the local courts have the right to decide upon the matter and divide the estate accordingly.

How can foreign nationals protect their family and assets?

It is advisable to foreign nationals to appoint a lawyer specialized in drafting wills to protect their family and assets from future eventualities. UAE is promulgating new laws in order to accommodate the registration of non-Muslim wills, such as DIFC wills and probate registry through which the testator can dispose of their assets according to his wish.

The procedure is relatively simple and efficient for non-Muslims to pass their estate upon their demise freely.

Previous article Skills and Personality Traits of a Real Estate Broker
Next article Are your clients asking if This is a Good time to Buy? 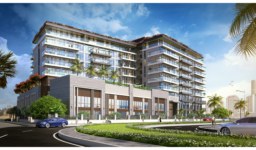 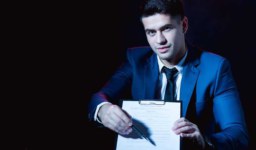 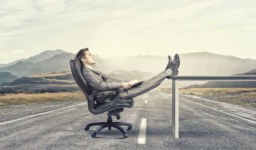 What are the Real Estate Brokers' Job advantages?

SafranCorp Real Estate in association with Jones Lang Lasalle LLC Proudly present ZāZEN One which plays perfect host to an array of attractions, both within and around the development. Nestled in Jumeirah Village Triangle (JVT), ZāZEN One enjoys ...

What to expect from the company 1) Basic Salary Typically there is No Basic Salary, and Brokers work with a 50/50 commission share with the Brokerage. You need to be prepared financially to get started because it could take a ...

Here are the job advantages and what they really mean in action 1) Brokers work flexible hours This is one of the advantages that drive people to work in Real Estate. However, you need to be aware that a flexible ...

The answer is yes! According to an Article published on Gulf News, there is No better time for UAE expats to enter the real estate market. Dubai: Real estate is an asset class that was beaten down big in the ...